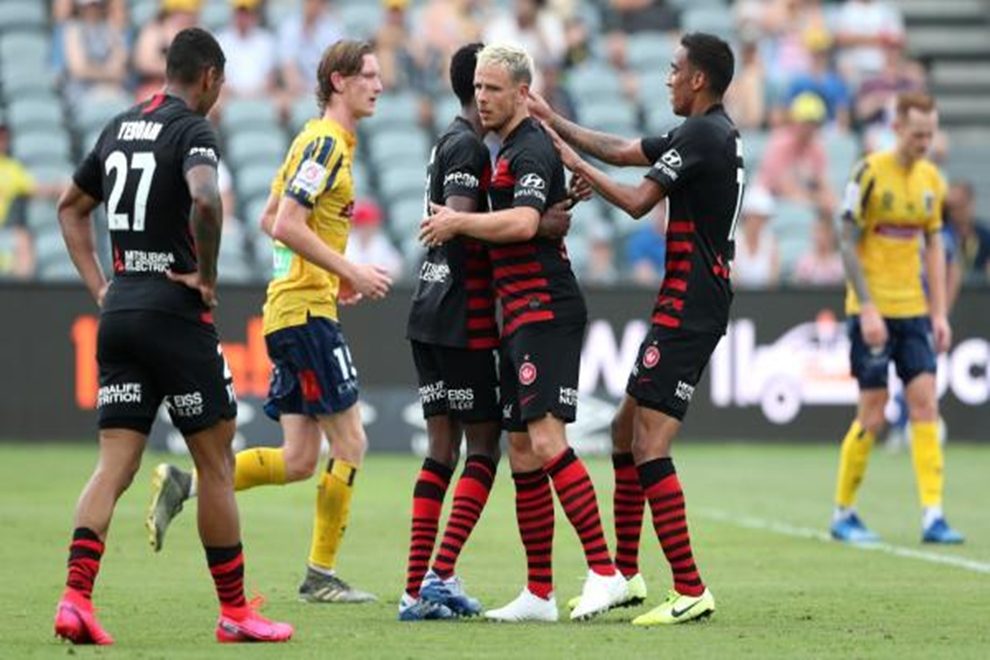 The Mariners will be looking to build on their spirited 0-0 draw against neighbours Newcastle Jets on Friday night, which snapped the club’s 11-game losing streak.

It was just the club’s second clean sheet of the campaign and Alen Stajcic’s side will be hoping for a repeat in this clash as they chase maximum points for the first time since January.

The Wanderers are playing their first match since the Hyundai A-League resumption and still have the Finals Series in their sights after a strong run of form under new boss Jean-Paul de Marigny.

The Red and Black have lost just one of their last seven matches since de Marigny took the reins, while they have won both previous clashes against the Mariners in 2019/20.