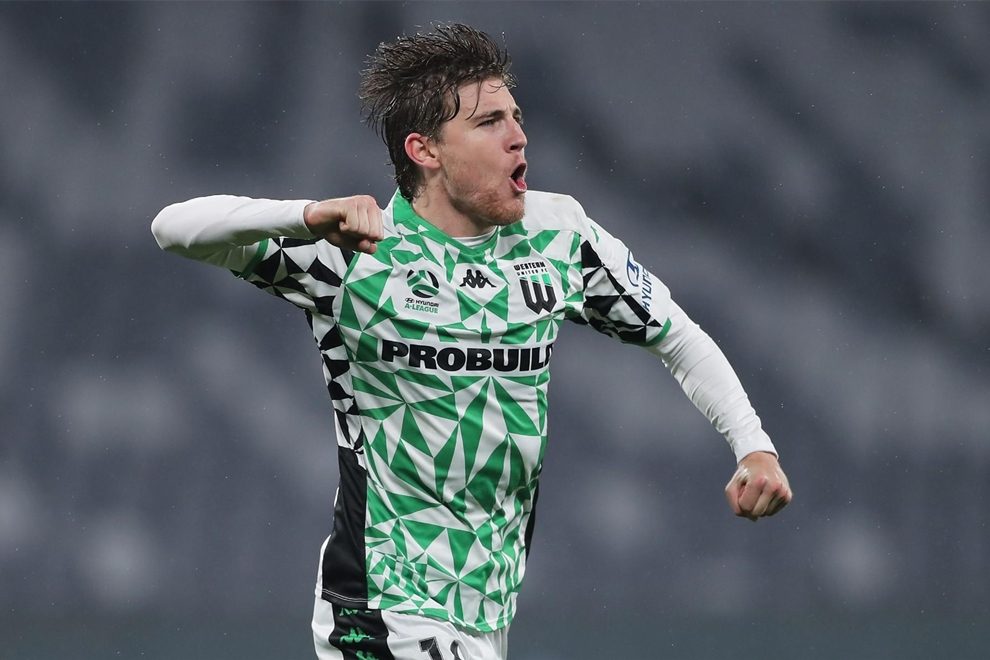 It’s understandable that anyone would find it difficult to return to their routine after four months of lockdown – but for Max Burgess, it was like he had never stepped off a football pitch.

It has been 140 days since Burgess hit the third of a 5-1 triumph in Adelaide, the week after he netted his maiden Hyundai A-League hat-trick in a 6-2 demolition of the Central Coast Mariners.

It took the Sydneysider 15 matches without scoring to find the net for the first time in Green and Black colours during this interrupted 2019/20 campaign, but there was no way the 25-year-old was giving up on his goalscoring streak that easily.

The virtuoso performance had FOX Sports analysts Robbie Slater and Mark Bosnich discussing Burgess’ Socceroos credentials during the broadcast, with Slater comparing him to Tom Rogic and Bosnich marvelling at his runs becoming ‘more incisive, more economical and more dangerous.’

“I’m pretty knackered, it’s been a long four months,” Burgess said. “The boys have been really eager to get out there and we hung on at the end but I’m just really proud of what the boys did.”

He added: “The boys have worked so hard over the past three months. Even when we’re back home, checking in the Whatsapp groups, it’s surreal to be back out there [playing].”

Mental strength is clearly important for the free-thinking forward, who took the game to Victory at Bankwest Stadium on Saturday night with his sharp movement and electrifying dribbling.

His coach Mark Rudan called him a ‘different kind of character’ and revealed that Burgess describes himself as ‘floating’.

“For me, it’s just about intention,” Burgess explains.

“Every day, trying to soak up the knowledge around me, and also work on my own mindset.

“What I can do off the pitch. It’s a constant effort and something I’m working on.”

Burgess believes that absorbing the expertise of inspirational captain Diamanti and wily goalscorer Besart Berisha has contributed to his drastic improvement.

He played 23 games for Phoenix, including seven starts, without scoring a single goal under Rudan’s stewardship last season.

His head coach revealed his lack of a pre-season hampered his progress with Western United, but Rudan has no doubt there is magic to be unearthed in the exciting forward’s skillset.

“I think his starting position is better, he understands his cues now – where to run, when to run, how to run,” Rudan said.

“When to hold the ball, when to dribble. We always tell them, in open space – just run with it. Take players on, be free.

“He’s picking the right moments now when to hold on to it.

“He used to take an extra three, four touches when he didn’t have to.

“I worked with him last year and he’s really come on leaps and bounds.”