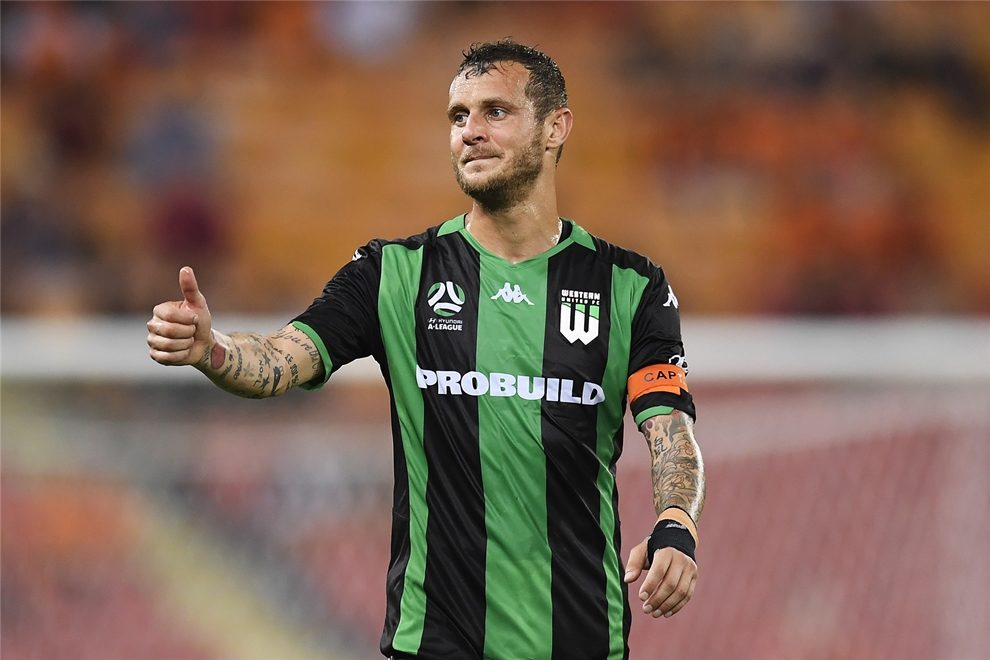 Western United is pleased to announce that captain Alessandro Diamanti has signed a two-year extension with the club.

Diamanti, who joined United as one of the club’s marquee signings in 2019, will remain at the club until the end of the 2022/23 A-League season, potentially completing his illustrious playing career with the Green and Black.

“From the day he walked into the football club Alessandro has been a marquee in every sense of the word,” Rudan said.

“He’s been fantastic on and off the park. His footballing skills has had the whole competition in awe, equally his positive attitude and personality has been adored by not just our fans but every football fan around the league.

“We’re ecstatic as a football club to extend Diamanti’s contract as we continue to build and grow Western United.”

Diamanti, who has enjoyed spells at West Ham in the English Premier League, and Bologna and Atalanta in Italy’s Serie A, has shone in the A-League this season exciting fans young and old with his free-spirited and dynamic approach to football.

The former Italian international has five goals to his name in 19 appearances, as well as seven assists – where he is ranked second in the league.

“We’ve started something special this year at Western United and I’m excited to re-sign and continue the journey we have started together,” Diamanti said.

“Our coach Mark Rudan has supported me since I arrived and given me the freedom to enjoy my football and express myself, so I thank him for that. Both he and the club are building something special and I want to be part of it as long as I can.

“I was honoured to be the first captain of Western United, and I hope I can continue to help the club be successful and entertain our great fans.”

Off-field, Diamanti and his young family enjoy the Melbourne lifestyle which he entertains fans with through his ever-growing and entertaining social media platforms. His positive attitude and determination to make the most of each day is expressed through the Italian phrase ‘poi bo’ a sentiment which in 2020 is most fitting.

“Poi bo, in Italian means ‘after I don’t know’. But for me I understood that the poi bo is something deeper, that is, to think and live the present that is the most important thing.

Diamanti will lead his team back onto the pitch for the opening round of the Hyundai A-League season resumption on Thursday, 16 July when they take on local rivals Melbourne Victory.