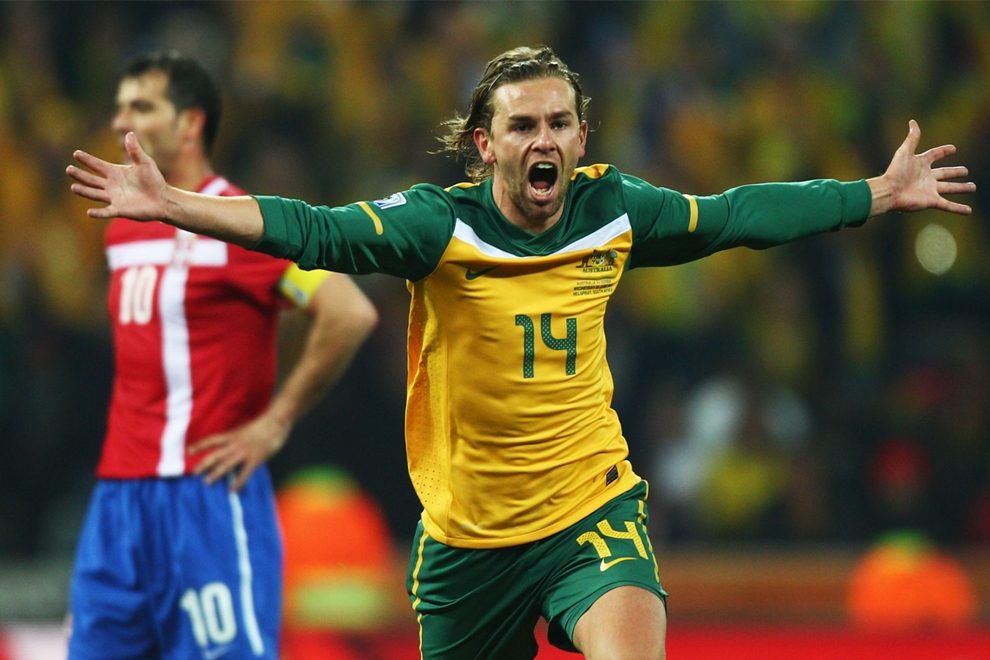 Tuesday marks the ten year anniversary of Brett Holman’s iconic goal that put the Socceroos 2–0 up against Serbia at the 2010 World Cup in South Africa.

Picking the ball up from deep, Holman drove forward at pace before cracking a thunderbolt from 35 yards to beat Serbia keeper Vladimir Stojković.

Talking recently with Daniel Garb on the Greats with Garby Podcast, Holman explained the heightened sense of confidence and energy behind his ambitious run and finish.

“It was born from the (pre-tournament) camp in South Africa and scoring against New Zealand before we left,” Holman told Greats with Garby.

“The whole lead up, I felt great and everything just seemed to fall into place.”

Leading into the World Cup Holman had become a regular starter for Dutch side AZ Alkmaar after winning the 2008-09 league title with the Eredivisie powerhouse.

After scoring in Australia’s send off match against New Zealand, Holman again found the back of the net against Ghana in the Socceroos opening match of the tournament.