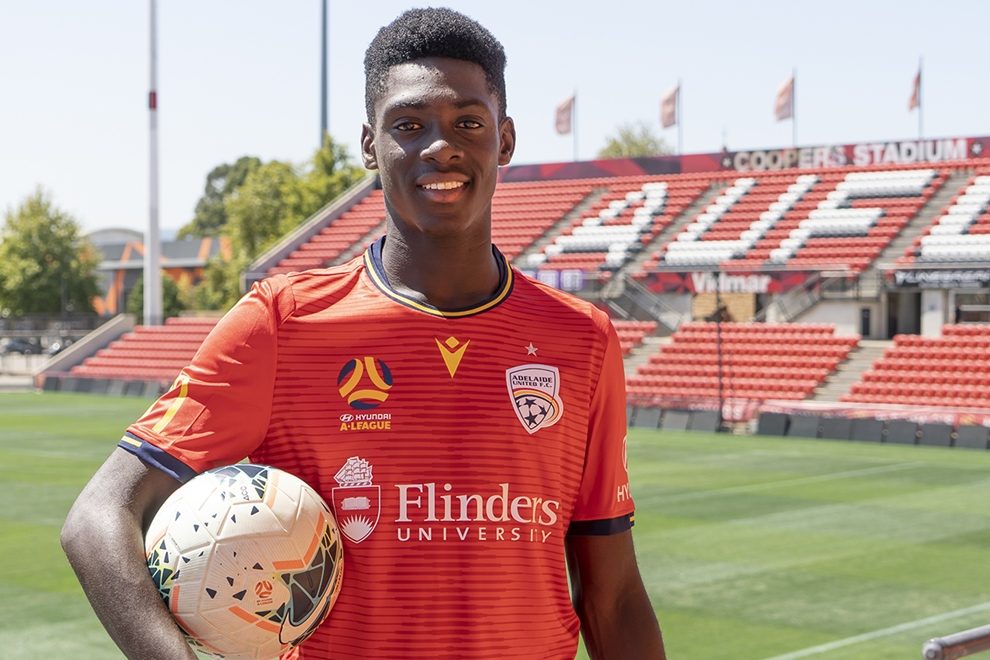 Toure, the younger brother of Al Hassan, became the second-youngest Adelaide player and third youngest in the Hyundai A-League to make his debut against Brisbane Roar last Saturday, aged 15 years and 320 days.

“I’m very happy to sign for Adelaide United and feel privileged to have done this,” he told the club’s website.

“To make my debut last week was a dream come true.

“But there’s still a lot of work for me to do and I can improve a lot more that’s what I’m focusing on right now.”

“It was exciting, but only a glimpse of his potential quality because he’s just 15 years old.

“His career is yet to get started and there is still a great deal he has to work on.

“We should all heed the warning and reflect on those who made their debuts at a younger age like Mohamed.

“It is one thing to have potential and another to fulfil it.

“The club will nurture his talent and carefully monitor his development, giving Mohamed the absolute best chance to be successful in football and progress to the highest level.

“At his age it is also important that we continue to work with his family and school to ensure his education is not adversely impacted and that a plan is in place for him to manage all his academic commitments.”