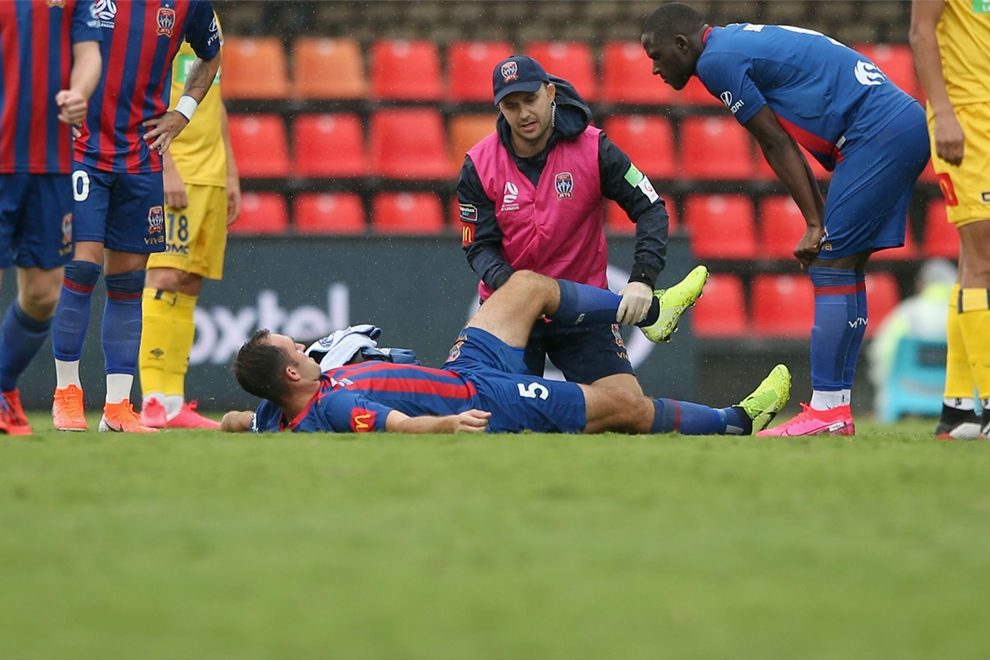 Newly appointed Newcastle Jets head coach Carl Robinson has been dealt a blow ahead of his first match with the news that midfielder Ben Kantarovski has suffered a torn quad.

Scans on Monday confirmed the injury as a grade two tear and the 28-year-old can expect to send between four to six weeks on the sidelines, the club has confirmed.

Kantarovski went down in the opening exchanges of the 4-3 F3 Derby victory against Central Coast Mariners and was forced to be withdrawn in the fifth minute for Angus Thurgate.

The Jets stalwart has spent 12 seasons in the Hunter and clocked up 195 Hyundai A-League appearances, including playing 15 straight matches in 2019/20.

Kantarovski will at least miss the trip to Western Sydney Wanderers on Saturday and back-to-back home matches against Melbourne Victory and Perth Glory ahead of the Jets’ bye week in Round 22.

The only match he has missed in 2019/20 is Newcastle’s season opener against the Mariners, a 1-1 draw at Central Coast Stadium in Round 2, where Matthew Ridenton stepped into midfield alongside Steve Ugarkovic.