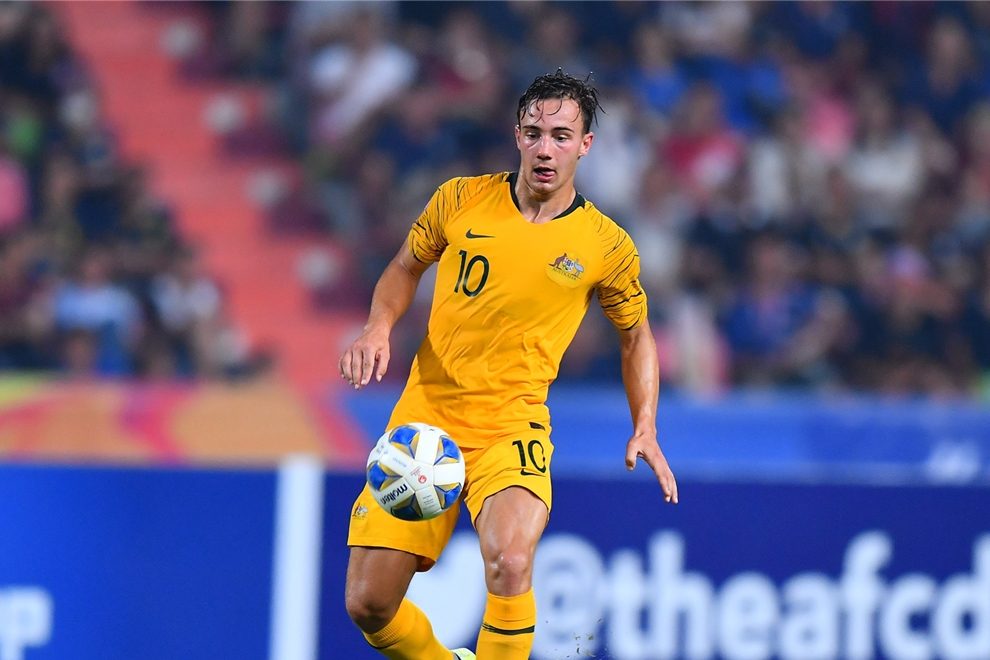 Genreau, who played an instrumental role in Australia’s strong second half showing at the Rajamangala Stadium on Saturday, said the green and gold are intent on earning a positive result in their final pool fixture in order to lock in progression to the Quarter Finals of the AFC U-23 Championship.

“Everyone here is really focused for this last game (of the group stage),” Genreau said.

“Everyone is really happy at the moment, there is confidence after that second half performance and the game in general against Thailand.”

“I think it (the belief within the squad) is growing every day. The more time that we spend together, the better we get along and the more we gel.

“Arnie (Head Coach Graham Arnold) said this from the start – we are going to get better as the tournament progresses because the more games that we play together the better we are going to be.”

Genreau’s parents have ventured to Bangkok to support their son in his first major international competition with Australia.

Genreau said their support, combined with the backing of fans back home, is both recognised and appreciated by the team.

“To have Mum and Dad in the stands for me means a lot,” the Melbourne City player said.

“To see them up there makes me really happy.”

“The support from all the Australians that are here makes a big difference, especially when you go up to them after the game and you see how happy they are – you know that you are playing for something greater than yourself, you are playing for the nation.

“We need the people back home to support us – it means everything.”

The contest will be broadcast live in Australia on Fox Sports, Kayo Sports, and via the My Football Live YouTube Channel.

Signing news: Redmayne commits to Sydney after ‘best three years of my career’
Watch all the McDonald’s Mini Matches from Round 14
Comment