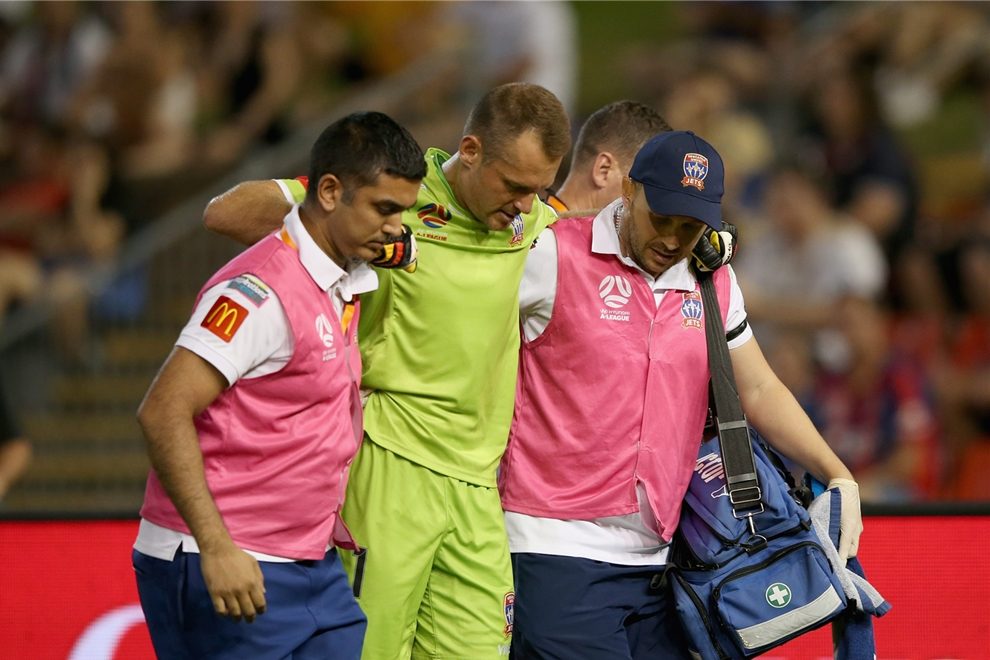 Newcastle Jets have confirmed goalkeeper Glen Moss will miss at least a month after injuring his calf against Sydney FC on Friday night.

Moss, 36, was helped off the field in the 67th minute of Newcastle’s 2-1 defeat to Sydney after clutching at the back of his leg following a goal kick.

The club today confirmed that the New Zealand international has sustained a Grade 2 calf tear and is set for four to six weeks on the sidelines.

Lewis Italiano, who was also Moss’ understudy at Wellington Phoenix, will replace the injured shot stopper for Newcastle’s trip to Melbourne City this Saturday, while 18-year-old Noah James is likely to be promoted.

There is positive news on the injury front however with Wes Hoolahan working his way back to the pitch.

The former Norwich City star has been using an anti-gravity treadmill to aid his recovery from a serious ankle ligament and cartilage injury suffered in September’s FFA Cup Quarter Final clash with Adelaide United.

Newcastle confirmed that Hoolahan will be returning to land-based running this week and believe the estimated time frame for his return to be 6-8 weeks.

However, Jets medical staff are taking every precaution necessary in rehabilitation and will not rush the attacker back until he is 100% ready, given the serious nature of the injury.

“Touch wood, it’s all going well. I’m working quite closely with [physiotherapists] Nathan [Renwick] and Owen [James] at the Jets and hopefully, they can get me back on the pitch soon.”