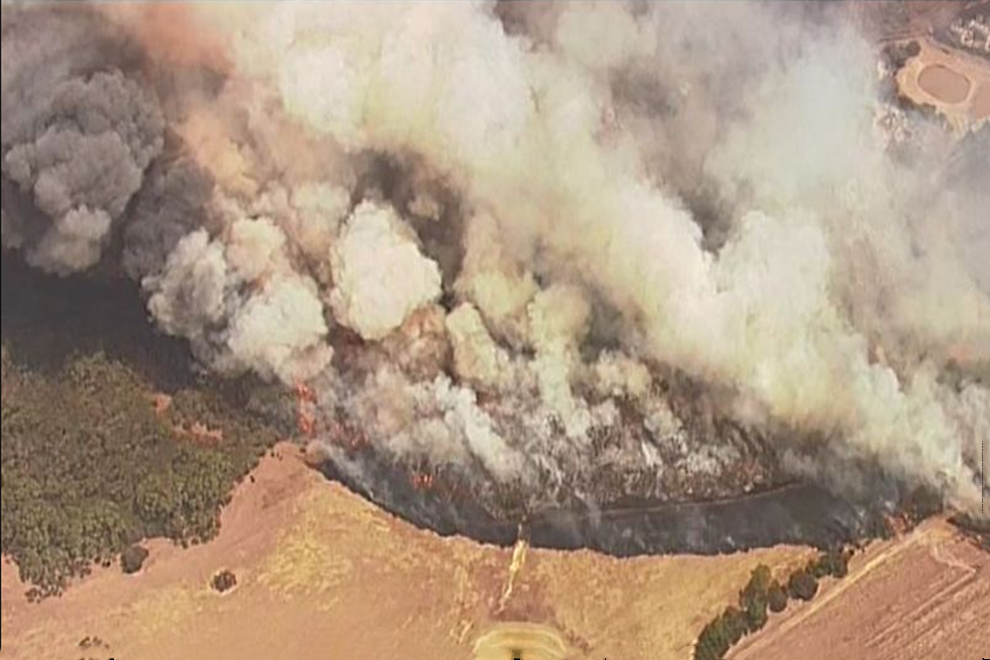 An emergency warning has been issued for South Australia’s Kangaroo Island as extreme fire conditions cause multiple breakouts along the region’s fire perimeter.
The warning includes Central Kangaroo Island and Parndana township. Earlier, an emergency warning was issued for Vivonne Bay.
Due to the significant fire behaviour on the island a total fire ban is in place for tomorrow. The ban will remain in place for 24 hours from midnight tonight to midnight tomorrow.
“The CFS asks the community on Kangaroo Island to not undertake any risky or unsafe behaviour, that could cause more fires to start,” the CFS said in a statement this evening.
It said where Total Fire Bans have been declared, very hazardous fire weather conditions are predicted.
“Emergency warnings are in place on Kangaroo Island. To the east of Parndana and to the west of Parndana and Vivonne Bay,” CFS fire chief Mark Jones told reporters today.
“Firefighting operations will continue for some days on the island. All areas in the vicinity of the fire zones on Kangaroo Island are considered to be dangerous to people and we urge them to keep out of harm’s way and heed the warnings.” 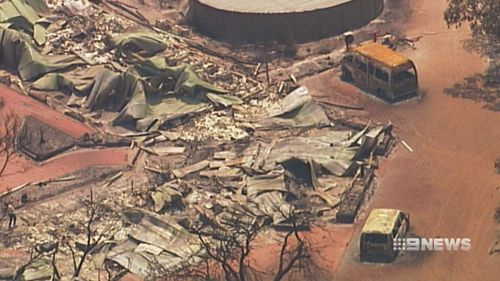 More than 50 homes were destroyed and two lives lost in the tragic Kangaroo Island fires. (9News)

Mr Jones said the Kangaroo Island fires have consumed more than 156,000 hectares.
“We have a number of aircraft working on the island. Yesterday 650,000 litres of product were dropped on the fire ground from 182 bomber drops,” he said.
“We have 250 personnel working on the fires on the island, 200 of which are firefighters.”
Police and the Country Fire Service evacuated Vivonne Bay earlier today amid fears homes could not be protected should the fire move quickly into the area.
Made up of mostly holiday shacks, it’s thought fewer than 100 people live there at any given time.

Police went door to door, calling on residents to head for Kingscote or Penneshaw, but some still chose to stay. Members of the Australian Army are also on the island to assist.

“A change is expected to pass over the island between 5pm and 7pm this evening. From the west to the east of the island. The wind will be westerly for some hours, at that time with the change and very changeable,” Mr Jones said.
“The wind will then shift south-westerly and strengthen ahead of a rain storm, which will come through at some stage through the evening.
“The condition of the fires is such that it’s unlikely that they will be extinguished by the rain and they will continue to burn.”
Crews have been battling outbreaks at Deep Creek Gully, Bark Hut and Yarda overnight and into this morning.
Two people have been killed in the fires, with more than 50 homes lost and 160,000 hectares destroyed, including most of the famed Flinders Chase National Park. 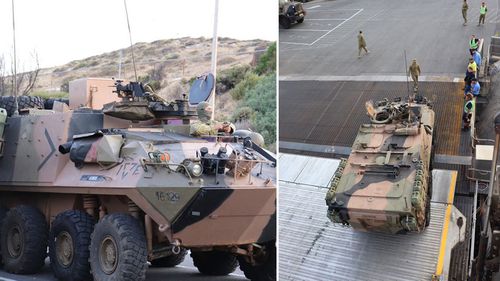 The BoM is expecting rain and cooler temperatures on the island across tomorrow and Saturday.

Those who left will not be allowed to return until Friday, but only if it is then deemed safe.
“In an unprecedented move the Australian Army’s 1st Armoured Regiment has just loaded six Armoured Personnel Carriers onto the Sealink ferry from Cape Jervis to Kangaroo Island, MP Leon Bignell wrote in a post to Facebook. 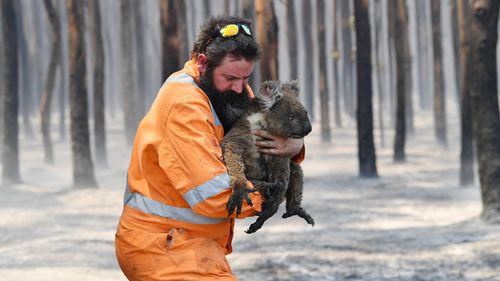 Adelaide wildlife rescuer Simon Adamczyk is seen with koala rescued at a burning forest near near Cape Borda on Kangaroo Island, southwest of Adelaide, Tuesday, January 7, 2020. A convoy of Army vehicles, transporting up to 100 Army Reservists and self-sustainment supplies, have arrived on Kangaroo Island as part of Operation Bushfire Assist at the request of the South Australian Government. (AAP Image/David Mariuz) NO ARCHIVING (AAP)

“The regiment is based at Edinburgh in Adelaide’s northern suburbs and the soldiers are ready to help the Kangaroo Island community in any possible way. It is going to be a shocking day for bushfires. Stay safe everyone and follow CFS advice.”

All roads on the western side of Kangaroo Island are closed. This includes a line from Emu Bay to Seal Bay along Birchmore Road. Roads that are open include Playford Highway and Timber Creek Road.
“If you cannot leave, identify where you shall seek shelter from the fire. Heat from the fire will kill you,” CFS said in a statement.
“The safest place to take shelter is in a solid structure within a Safer Place.” 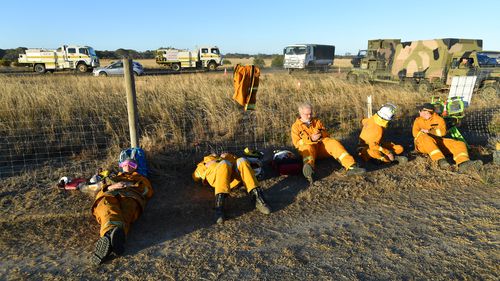 “Bushfire Last Resort Refuges are open spaces with little or no facilities. It will be hot, smoky and uncomfortable. The space is large enough to provide protection from radiant heat and is preferable to being in your car. Your car is the least safe place to be when the firefront approaches.”
A total fire ban has been declared across the island as both temperatures and winds rise, adding to the fire risk.
Source: Click Enter
#Wyndham #Wyndham Media＃云登市＃云登传媒 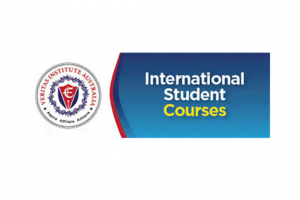 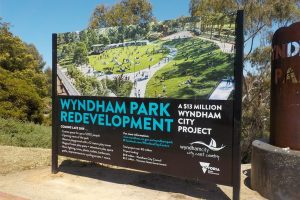 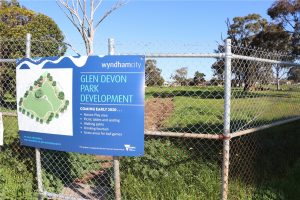 Using recycled materials to resurface and repair our roads