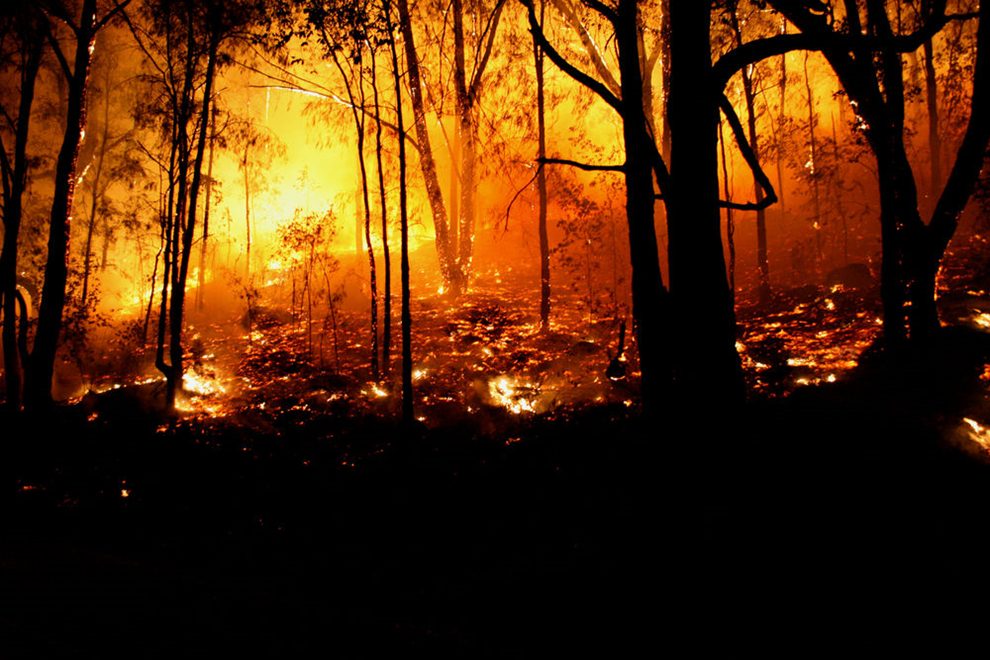 Authorities are warning residents in bushfire-ravaged parts of Victoria to brace for more danger on Friday.
More than 1.2 million hectares have been scorched in fires across the state, with 12 still burning, mainly in the northeast and East Gippsland.
About 200 evacuees have arrived at Hastings, on the Mornington Peninsula this evening, the last to be ferried out of the bushfire-ravaged coastal town of Mallacoota on HMAS Choules. 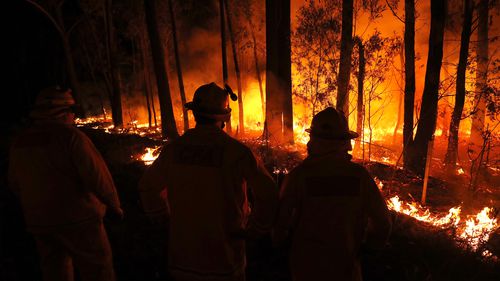 More than 1.2 million hectares have been scorched in fires across the state, with 12 still burning, mainly in the northeast and East Gippsland. (Getty)
A further 142 people left behind and wanting to leave will be flown out when weather conditions allow.
About 4000 people became isolated in the coastal community a week ago. The local medical centre has since been open around the clock with food and fuel supplies brought in by ship.
Emergency Management Commissioner Andrew Crisp says forecasts nearing 40C in fire affected regions tomorrow, followed by a cool change on Friday, could spell more bad news.
“It’s warming up tomorrow. Friday, we know that we’re going to have those northerly winds again, we’re going to have hot temperatures, and we know we’re going to get that change coming through,” he said today. 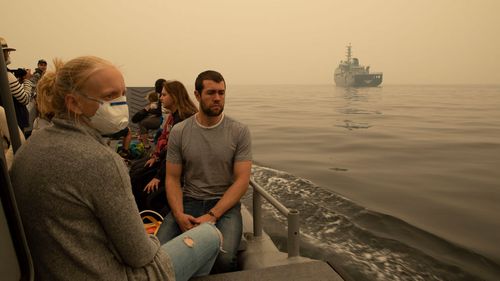 People evacuated from Mallacoota by boat. (Department of Defence)
Authorities are concerned fires in the alpine region and East Gippsland could merge during the change.
“This is a challenge for us but I want Victorians to rest assured that we’re doing absolutely everything that we can,” Mr Crisp said.
“We’ve lost more hectares in a fire season but never at this particular time of the year.”
The Bureau of Meteorology has issued an extreme fire danger forecast for the north of the state on Friday, with a severe warning for the Mallee and northeast districts.
“We’re likely to see the highest risk across eastern parts of Victoria, in particular, the northeastern parts of Victoria, where that wind change is really going to gather strength as we move into the afternoon,” meteorologist Tom Dellamotte said.
“We will potentially see some gusts as high as 70-80km/h move through with the west to southwesterly change.” 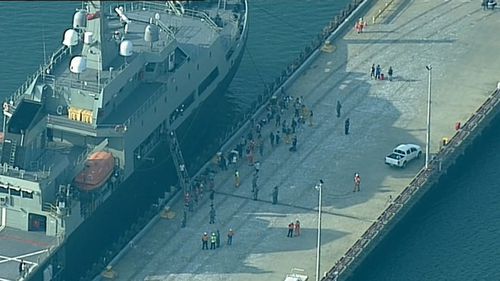 About 200 evacuees have arrived at Hastings, on the Mornington Peninsula this evening
Premier Daniel Andrews earlier warned more emergency alerts would likely be issued in coming days.
“There will be messages that are all about your safety and your wellbeing. They are messages of the utmost importance. They are about life and death,” he said yesterday.
A low-level alert for the area near the NSW border cites reports that local residents have been cutting their way out of closed-off areas.
“Residents must stop this immediately,” the warning reads.
“It is also not safe to drive on these roads until they have been treated for hazardous trees and other damage. There is also still active fire in some of these areas.”
There are 4900km of roads, including tree hazards, to assess in fire zones.
Source: Click Enter
#Wyndham #Wyndham Media＃云登市＃云登传媒 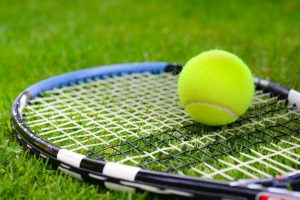 Wyndham City Council open up tennis to the local community! 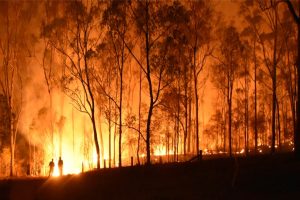 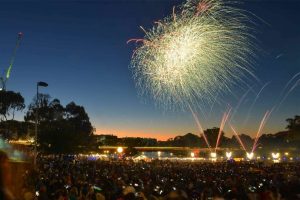 Wyndham City Council open up tennis to the local community!

Register Your Pools and Spas By June