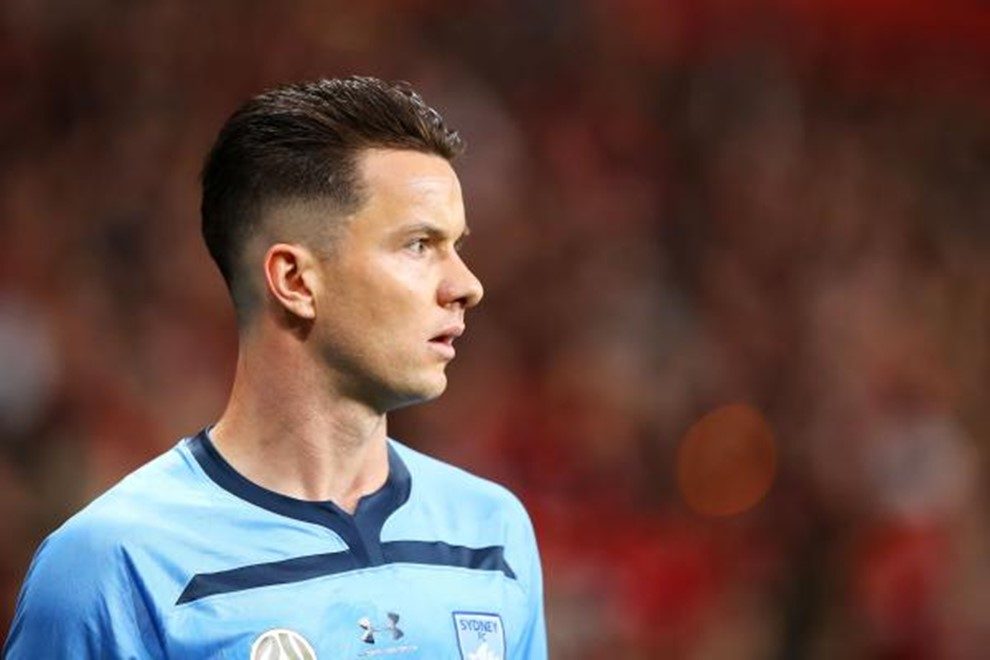 In the absence of Milos Ninkovic, Alex Baumjohann announced himself to the Sydney FC faithful with a breakout game against Western United on Sunday afternoon.

With Ninkovic ruled out with a stomach bug someone had to step up to fill the Serbian’s boots and that someone was Baumjohann, who played his best game in Sky Blue colours since joining from Western Sydney Wanderers in the off-season.

The German midfielder assisted both of Adam Le Fondre’s first-half goals and created a game-high five chances in a mercurial display of attacking threat, creativity and composure.

It’s been a rather subdued start to life in Sky Blue for Baumjohann, but could we be about to see him hit his straps just as Sydney FC climb to the top of the Hyundai A-League table?

Read on as we discuss all the big takeaways from Hyundai A-League Round 7.

Slow starts not hurting Roar… yet

Brisbane Roar are yet to score a first-half goal in seven Hyundai A-League games this season, yet they find themselves sitting pretty in sixth position and in Finals Series contention.

Robbie Fowler’s side climbed into the top six after defeating Central Coast Mariners 2-0 on Saturday afternoon, and both goals came in typical fashion midway through the second half.

The Roar have scored eight second-half goals this season, four of which coming in their incredible second half comeback to defeat Melbourne City 4-3 in Round 6.

It’s an anomaly of the Roar’s game Fowler will hope to address by the time his side travel to face Sydney FC this weekend. The Champions have also scored eight second-half goals for the season… to go along with eight first-half strikes.

The table-toppers are quickly becoming the front-runners of the 2019/20 Hyundai A-League campaign, and Brisbane will need a 90-minute performance if they are to keep up with the Sky Blues on Saturday afternoon.

Brisbane face a stern test against the Sky Blues in Round 9
READ: ‘He doesn’t leave me alone’: Pestering Fowler getting the best out of O’Donovan
REPORT: Roar surge into top six after second-half rally sinks Mariners

The prospect of Robbie Kruse, Andrew Nabbout and Ola Toivonen linking up in Melbourne Victory’s front third was a tantalising one in pre-season, before injuries to Nabbout and Kruse put a halt to proceedings.

But Victory boss Marco Kurz finally deployed his star trio together from the start against Perth Glory on Friday night and, although his strike force could only produce one goal between them, it proved to be enough for Victory to earn a desperately needed three points.

Kruse scored the all-important goal from close range off an assist from Nabbout.  He drove the ball across Glory’s goal mouth to give Kruse an easy tap-in in the first half.

Kurz’s attacking trio mustered just five shots between them on the night, but Victory will be all the better for Kruse, Toivonen and Nabbout getting minutes on the park together to improve their connectivity for the coming weeks and the rest of the season.

Jets have lift off

Newcastle may not be in the top six, but their current form suggests they’re preparing to mount a serious charge into finals contention in the coming rounds.

The Jets have enjoyed back-to-back wins in their last two Hyundai A-League games after going winless through their first four games of the season.

Newcastle are hitting form after a disrupted start to the season

Ernie Merrick’s side have experienced a stop-start campaign to date having had two byes in the first eight rounds of play, meaning they now have at least one game in hand over every other side in the league.

Now the Jets have a 13-game run without a bye ahead of them, which could set them up for a surprise run into finals contention after their relatively slow start to the campaign.

Two goals and one assist to his name in Newcastle’s last two games makes for impressive reading for Angus Thurgate.

The teenage speedster is quickly becoming a vital attacking asset for Merrick, who has used the 19-year-old to great effect in his side’s two recent wins over Western United and the Wanderers.

The question now for Merrick is what to do with Abdiel Arroyo, his Panamanian import who has just one goal to his name in his five appearances so far this season.

Merrick preferred Arroyo from the start against the Wanderers on Saturday but brought him off for Thurgate, who produced a goal and assist in his 30-minute cameo to win his side the game.

Time will tell what direction Merrick takes with his attacking selections, but one thing is for sure: Thurgate is performing far too well to be ignored.

Source: Talking Points: Is Baumjohann back to his best in Sky Blue?
#Wyndham #Wyndham Media＃云登市＃云登传媒