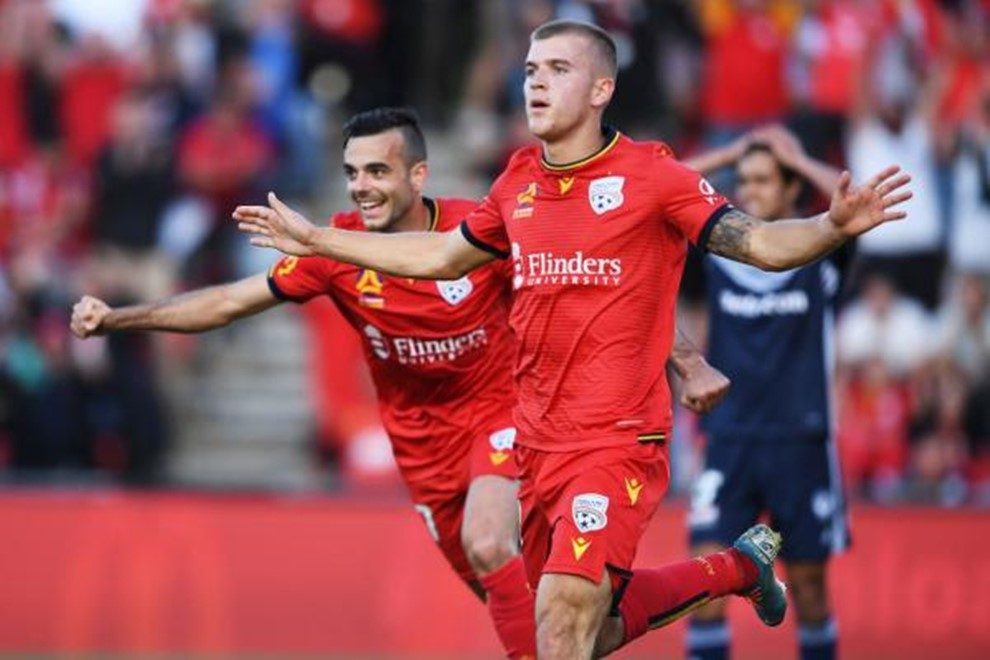 In-form Adelaide United will need to avoid any complacency when Wellington Phoenix head to Coopers Stadium in the final match of Round 8 on Sunday.

The Reds are flying right now, having won four in a row including their 3-1 triumph over Melbourne Victory on Saturday night.

Having already won the FFA Cup under Gertjan Verbeek, Adelaide fans are beginning to dream of Hyundai A-League glory, especially with the likes of Riley McGree, James Troisi and Louis D’Arrigo in such devastating form.

But the Phoenix will be looking to put a halt to the Reds’ charge when they come to town rejuvenated from their first win of the campaign.

Ufuk Talay’s side disposed of Brisbane Roar 2-1 on the weekend to give his young squad a much-needed boost.

Phoenix certainly have the firepower and talent to pull off an upset on the road, but it will take something special to knock over this classy Adelaide outfit.

HOW TO WATCH: Every Hyundai A-League game in Round 8
WATCH: All the Mini Matches from Round 7

Talking Points: Is Baumjohann back to his best in Sky Blue?
‘It was basically freestyle’: Wanderers pay for no structure says Babbel
Comment