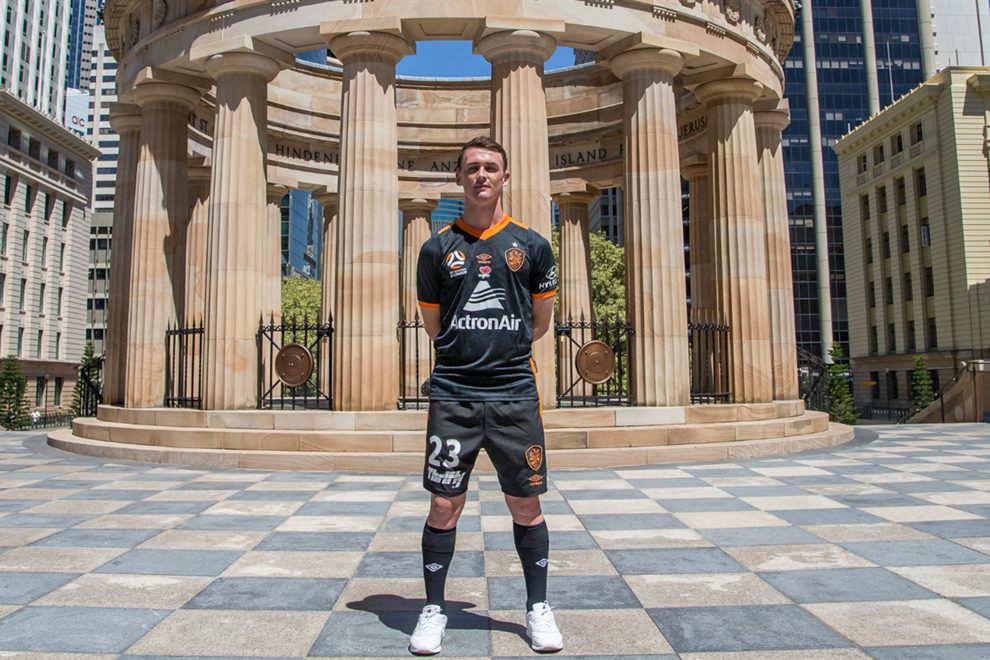 Adelaide United and Brisbane Roar have unveiled the commemorative kits they will wear during their Remembrance Round clash on Sunday.

The two sides meet at Coopers Stadium where they’ll don the one-off kits, but that’s not the only Remembrance Round initiative going down in Adelaide this weekend.

As we gear up for a special weekend of Hyundai A-League action, find out how our servicemen and women are being honoured around the grounds in Remembrance Round.

Adelaide, Brisbane unite before Round 5 clash

Adelaide United took to Twitter on Friday to reveal the stunning kit they will wear against Brisbane Roar this weekend.

Their classic red jersey will feature the silhouettes of soldiers travelling on horseback, on foot and by plane, and The Poppy Appeal’s red poppy emblem on the centre of the chest.

The Roar’s Remembrance Round kit is predominantly black with orange detailing and The Poppy Appeal’s emblem embroidered onto the chest.

Brisbane striker Dylan Wenzell-Halls says Remembrance Round offers Hyundai A-League players, coaches and fans the chance to unite together to pay their respects.

“It’s important that we pay our respects to the people who have sacrificed their lives for the country and to do that through football is a fantastic opportunity,” Wenzel-Halls said.

“I think the occasion will get everyone motivated to get out there and perform well.”

Ahead of Remembrance Round, members of the ADF have put their Hyundai A-League team colours on show in a brilliant video.

Dressed in their military uniforms and draped in the colourful scarves and hats of their Hyundai A-League teams, these members of the ADF can’t wait for Remembrance Round to get underway, starting with Melbourne City’s clash with Central Coast Mariners at AAMI Park on Friday night.

We say thank you to our servicemen and women.

And they've sent in their messages of support for their favourite Hyundai #ALeague clubs! #RemembranceRound pic.twitter.com/FKTinj8sWP

Remembrance Round is no ordinary weekend for Adelaide United legends Travis Dodd and Marcelo Carrusca.

The two former Reds are part of the AUFC Legends Team taking on the Australian Defence Force Open Men’s Football Team in a curtain-raiser to Adelaide’s Hyundai A-League game against Brisbane on Sunday afternoon.

For Carrusca, who made 123 appearances for Adelaide, returning to Coopers Stadium is an honour made even more significant by the Remembrance Round cause.

“It’s a big day for everyone and I remember last time we played there it was nice to be back on the field and play at Coopers Stadium again.

“Especially for the people it’s such a special day that they invite us to come back and play in front of the Adelaide United supporters is very special, and I’m very grateful that it’s happened again and lucky to be part of this game.”

Travis Dodd will also return to Coopers Stadium to captain the AUFC Legends, playing alongside the likes of Cássio, Cristiano, Fabian Barbiero and many more.

The former Reds captain says he’s extremely proud to be part of a game and pay respect to those who have fought and continue to fight to defend our country.

“It’s a great initiative that the Club has started and look to be able to be part of it is quite special,” Dodd said.

“Particularly knowing what our service members have done for us to have the lifestyle and have the lives that we’ve got it’s very special.

“And most of us – especially going from last year – haven’t really been looking after ourselves so to get out there and try and do what we once did for a living is a lot tougher than what we remember.”