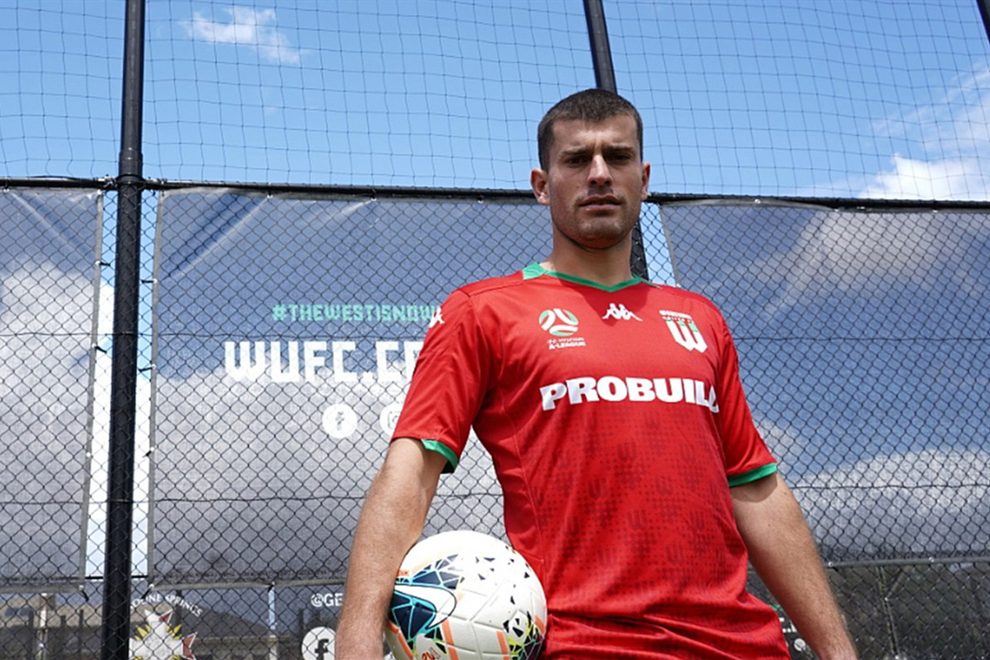 An unfortunate injury to the club’s back-up gloveman James Delianov has forced United to bring in Scott on a three-month contract.

He will deputise to number one keeper Filip Kurto and will be on the bench for Saturday night’s clash against high-flying Western Sydney Wanderers on Saturday night.

“It’s up to me now. It’s been good to see what it’s all about. Great facilities, great club and good to be a part of it.”

It’s a meteoric rise for the 23-year-old, who plays for Bentleigh Greens in the Victorian NPL while also working as a bricklayer.

Scott had a trial at Newcastle Jets earlier in his career but now earns his shot at professional football with the Hyundai A-League’s newest club.

“I’m just coming in every day to do my best and try to prove myself. And if there’s an opportunity it’s up to me,” he said.

“The boys have said hello and have been welcoming, even though it’s a bit daunting I know Valentino Yuel and JA [John Anastasiadis] from Bentleigh Greens.”