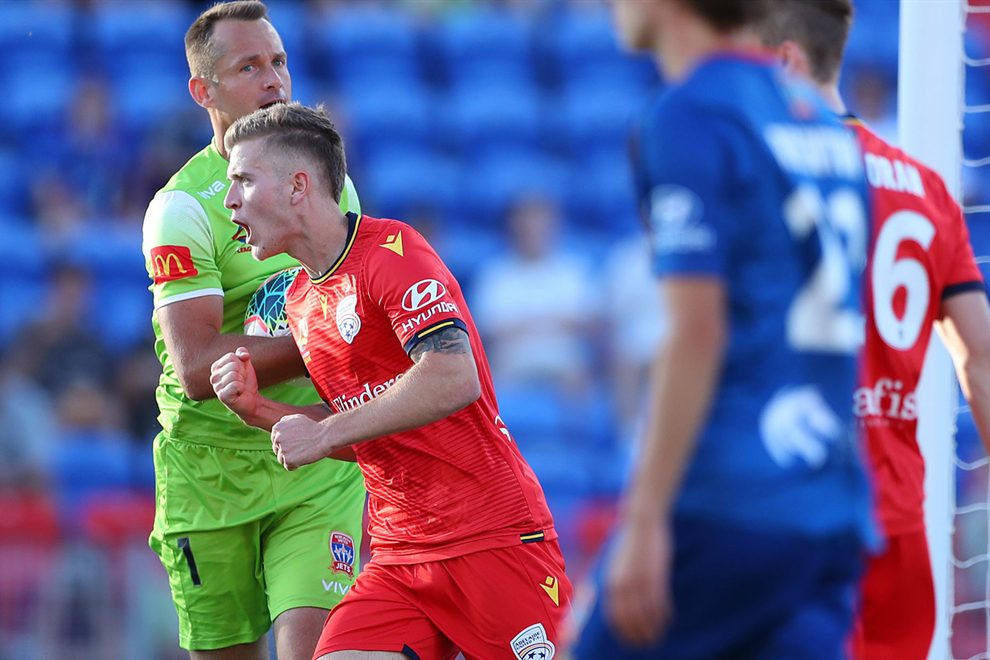 Adelaide United sensation Riley McGree has been named the Hyundai A-League’s Young Player of the Month for October.

The 21-year-old from Gawler, South Australia, has been a revelation upon returning to Adelaide from Belgian heavyweights Club Brugge in pre-season.

The Australia youth international scored two of those goals to inspire a 2-1 victory over Newcastle Jets in Round 3 and give new boss Gertjan Verbeek his first league win at the helm.

In Round 2, the dynamic attacking midfielder scored in a 2-1 defeat against former club Melbourne City, sparking a late fightback from his side.

Three days after that, McGree led his hometown club to a resounding 4-0 win over City to seal back-to-back FFA Cup titles for Adelaide.