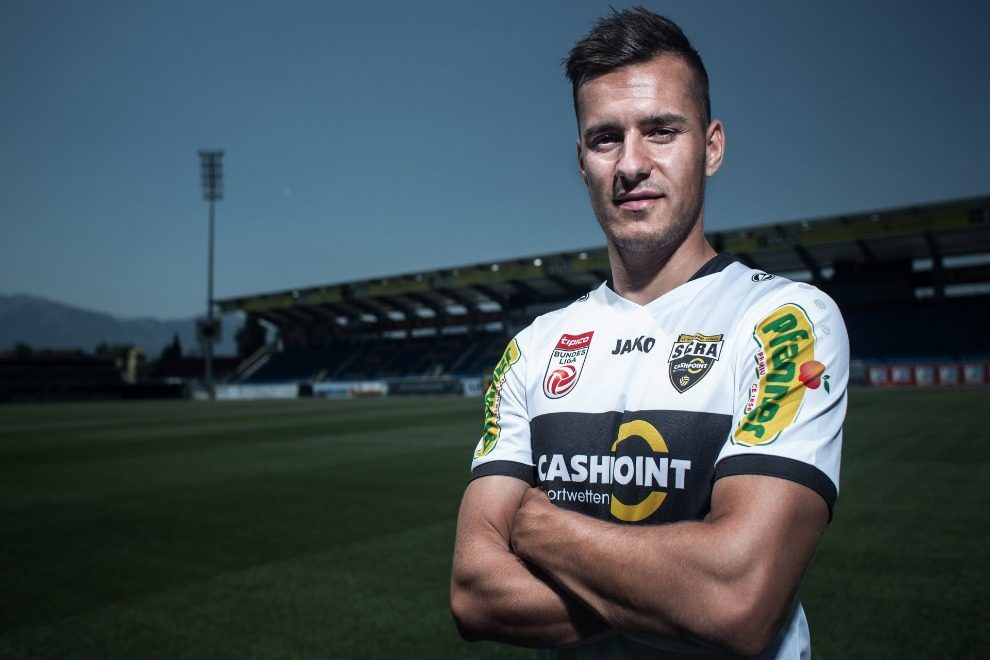 Kristijan Dobras will trade Austria for Australia after penning a one-year deal with Melbourne Victory.

Dobras, 26, became Marco Kurz’s first midfield signing on Tuesday, and one that the Victory boss says will add real spark to that area of the pitch.

The Austrian playmaker most recently plied his trade for Rheindorf Altach and will arrive in the country later this week to finalise his contract and begin training with the rest of the squad following a medical.

“Kristijan is an exciting player who has developed a strong game in Austria,” Kurz told the club website.

Kristijan can hit a ball! Hope to see plenty of this in Melbourne 😍 #MVFC #OurVictory pic.twitter.com/O6uuY4kuxD

“We see a great opportunity for him to come to Victory and not only grow his game further, but also add a spark to our midfield, which we spoke about during our discussions with him.

“Thankfully these discussions with Kristijan proved very positive, and we’re lucky to have signed him for the season ahead.”

Born in Croatia, Dobras has amassed over 130 appearances and scored 15 goals in the top two tiers of Austrian football since 2012.

In that time, he has played for the likes of Rapid Wien, Grödig, Wiener Neustadt, Sturm Graz and most recently Rheindorf Altach.

Dobras will add ‘real spark’ to the Victory midfield, according to head coach Marco Kurz

Around the grounds: McBreen with a foot in both camps ahead of Round of 16 blockbuster
The key contests that will define Western United at the dawn of a new era
Comment